Naruto has finally ended, well it ended in November, but since then I have been in a state of limbo. This series has been a part of my life for the past 5 years. The Naruto had its ups and downs including those annoying filler chapters. But in the end I wanted to see the end of the story, no matter how obvious the ending will be. This article will have tons of spoilers.

Despite the cheesy ending and the fact I have had issues with this type of ending in other series, for Naruto, the ending was fitting and satisfying to me. Despite the hatred and love for one another both Naruto and Sasuke were bound by destiny. Souls of brothers of a distant past pitted against each other because of jealously. Who cares about the past, the series is called Naruto, so back to the story.

The final battle was not long, but it was epic. Even though it was a short battle, it didn’t leave me wanting more. It left me satisfied; nothing seemed off in this final battle. I was completely and utterly satisfied with this battle.

The ending is a fast forward into the future where Naruto is finally the Hokage and with kids, 2 of them. I should have not liked this ending, since I have hated other series that did a fast forward to show us where they are now scenarios. I should have felt that I had wasted my time just seeing such atrocities in this series but it all fit well.

And this is where my issues begin; I am utterly satisfied with this series. I am so satisfied that I began to be lost as to where to go from here. Even though I have been reading or started to read other series prior to the ending of Naruto. They all seemed insignificant.

Naruto has satisfied everything for me and I am quite happy how it ended. Now onto the next topic, they will be releasing a new movie to fill in the gap between the end of the war and the beginning of Narutos rise to Hokage I guess, or something to that nature. This movie will probably answer readers question about the ending of the series of the future within Naruto.

Next the creator plans to do a spin-off of the series, which to me seems… well I am not sure how I feel honestly about it. Naruto ended well in my eye, and if this new series is any good I would like to continue to read it but if it is bad it will forever taint the legacy of a great series. So hopefully we will find out this Spring/Summer. 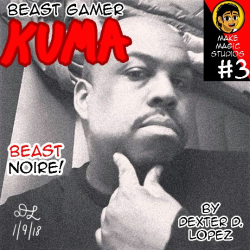