How DAI made me an insatiable fan of Bioware | Kumazoku Entertainment

Home / Blog / How Dragon Age: Inquisition Made me an Insatiable fan of Bioware

How Dragon Age: Inquisition Made me an Insatiable fan of Bioware

I am a diehard fan of Bioware’s games. I think from now on I will buy whatever game they develop, even if it’s an 8-bit turd’s quest to make it through the sewers of New York. Admittedly, I cannot say that I have followed Bioware for an extensive amount of time. In fact, Bioware wasn’t even on my radar until back in December this past year. My only exposure to Bioware up until that point was “Baldur’s Gate” when I was a teenager. At that time, I didn’t really follow game developers. I just bought whatever box looked coolest at the local GameStop. Aside from “Baldur’s Gate”, I played “Dragon Age Origins” briefly until I got fed up with Morrigan getting pissed off at every goddamn dialogue option I chose–cranky bitch.

So how did I go from barely knowing anything about Bioware to becoming a huge fan (like seriously, I want to decorate my home with Bioware paraphernalia now)? It all started back in December, 2014, yeah, I know, less than a year ago from the time this article was written. At that time, I was bored with all the games I was playing. Out of the blue, I saw an advertisement for “Dragon Age Inquisition”, and I decided, what the hell I’ll try it. For the next three weeks my IRL was ruined. I was so addicted to this game. I was up until 2:00 am every night playing it during the week, and on the weekends I spent all day playing, barely taking the time to eat or bathe. I’m not going to lie, at one point I might or might not have sprayed some Febreeze in my no-no hairy spots, and drove to the nearest Dunkin Donuts for a meal in order to minimize my time away from this amazing RPG. At the time, I actually had an interview with Riot Games, and got into an argument with one of my interviewers when he asked me what I thought was the best game I ever played. “Dragon Age Inquisition”, of course!.

He said, “Oh, I have to respectfully disagree…” Yeah, shit got real after that…I didn’t get the job.

OK, so the game was amazing. But, that still doesn’t address why I am a huge fan of Bioware. I could just simply say I am a fan of “Dragon Age Inquisition”, but this one game showed me something that I haven’t seen all too often from other developers. When it comes to taboo issues, Bioware has a set of BALLS. Bioware took some heavy topics head-on like religion, politics, freedom, sexuality, and gender roles in their DAI game. Even as I begin my journey in “The Witcher III”, I continue to notice these themes.

Yes, but Bioware’s writers and developers took the time to intelligently bring these topics to light and provoke thought. Never have I played a game outside of Bioware that made me question my own thoughts about what freedom truly means, or be brought to the brink of tears over how much I could identify with a gay character’s tormented decision to be himself unapologetically at the expense of becoming a pariah among those he loves. I pretty much hate religion, and yet, one of my favorite characters in DAI was the most devout person of her faith. Females are completely kick-ass without having to be a set of tits to grab your attention. And the subject of privilege, either racial or socio-economic, is a running motif that Bioware does not shy away from.

For the sake of brevity, I will narrow this down to the top three issues  Bioware confronted that I think puts them in a completely different echelon from other game developers: freedom, homosexuality, and their approach to creating strong female characters.

On the topic of freedom:

For those of us who live in modern Western society, we don’t think too deeply on our freedoms. There is some engaging dialogue in DAI that makes you stop and think about how free we really are. If you are someone who spacebars through all of the dialogue in RPGs, then a) why are you playing an RPG, and b) you probably missed some of the great discussions that makes you reflect on your own IRL society. There are three character dialogues that made me stop and re-think my views of what freedom means: Dorian, The Iron Bull, and Vivienne. Each of these characters come from different backgrounds that accept practices we would normally scoff at as being oppressive. Dorian comes from a land that accepts slavery, The Iron Bull is from a nation pervaded with propaganda and governed by what we consider modern-day Communism, and Vivienne is from a mage circle where mages are kept shut off from the outside world in an effort to “protect” them.

When talking to Dorian, he nonchalantly mentions slavery in his homeland as if it’s nothing to get your titties in a frizzy about. Being the beacon of morality that you are, you might choose a dialogue option that conveys your disdain for such an unethical practice. However, Dorian is quick to point out your hypocrisy by asking you how is it any different than living in a society with inescapable poverty. BOOM! That hit right in the nuts. I sat there a few moments after that exchange with Dorian asking myself what is the difference between slavery and inescapable poverty. Could I say that one is drastically different from the other?

In The Iron Bull’s personal dialogue, you find that the Qunari race has a very strict society that sounds a lot like Communism. When your character inquires about the life of those who live by the Qun, The Iron Bull mentions that a baker is pretty much like a baker in our own society. Again, you might be inclined to choose a dialogue option that passes judgment on the Qunari lifestyle. The Iron Bull points out that in the end a baker under the Qun has the same worries as a baker in our free society. They both worry about making sure they have the supplies they need to do their jobs, and ensuring that they meet the demands of their business. I don’t think this gives a definitive perspective that Capitalism and Communism are basically different ways of controlling people, but I do think, again, that it initiates some thought on whether our day-to-day lives would be all that different under a different political system.

And lastly, there’s Vivienne. To be honest, I hated her. But! She did bring up some interesting points about what rights we will sacrifice in order to feel safe within our society. Vivienne is very much of the mindset that mages should give up their personal freedoms in order to be protected by the Templars, even if the Templars sometimes abuse their powers. Hmmmm. Does that ring a bell to anyone? When we reflect on our own lives, what rights do we give up to feel safe from things like terrorism, crime, etc? Do the ones who protect us ever abuse their power? Is it that small of a price to pay for the security we believe to have?

On the topic of homosexuality:

One thing I loved about DAI, is that they embraced homosexuality head-on, and the writers nailed it as far as relating the struggles LGBT people face in society. There’s no shortage of opportunities to find a homosexual romance in this game. Dorian and Sera are strictly homosexual, and then there’s Josephine and The Iron Bull who are trisexual, meaning they’ll try anything sexual. Alright, alright, I know there’s an official term for that (pansexual), but I’ve been dying to use the term trysexual.

…holy shit Bioware made this character amazing. Even straight boys have to shout, “Baby got back!” I think I’ve made about five different characters with the intentions of trying out a different romance line, and each time I feel like I’m cheating and end up going back to Dorian’s romance chain. DORIAN, I CAN’T QUIT YOU!!

Aside from me having an irrational connection to this imaginary character, all I can say is wow at how well Bioware wrote Dorian into the story. I think Bioware is the first developer to make a character that makes you feel the struggle of the shit gay people have to put up with. Every gay person has to make the choice of either hiding who they are in a sad effort to be accepted, or being unapologetically who they are, knowing that in doing so they just reduced themselves in the eyes of others, possibly even their loved ones. Dorian is the latter, and his story arc helps you feel the aggravations and heartache gay people deal with in their lives. I love that Bioware created a kick-ass gay character that is empowered by his acceptance of his sexuality, and did not treat his sexuality as a cheap gimmick. THANK YOU Bioware for taking the time to create a strong gay character with substance that anyone could admire.

On the topic of strong female characters:

Some of the most badass characters in this game are female. Specifically, I loved Leliana and Cassandra. Vivienne was a badass too, but I hated what she stood for, so I’ll focus on the other two. All of these women were pretty much covered in armor that was practical to their profession. Bioware managed to make these women kick-ass without exaggerating their tits in whatever armor they’re wearing. Too often in video games, it seems like developers can’t make a female heroine amazing without tits, tits, and more tits. It’s like their tits are the founts of badassery from which female heroines draw upon their power in the gaming world. Even ironclad women are plagued with “boob armor”. I love that Bioware pokes fun at this in the party banter between The Iron Bull and Cassandra:

Cassandra: “Are you referring to me?”

The Iron Bull: “Some high-ranking women wear ornamental crap with tits hammered into it. One good shot, and all that cleavage gets knocked right into the sternum. Real messy. Good on you for going practical.”

Cassandra: “I aim to please.”

The Iron Bull: “Leaves something to the imagination too.” (source)

So, good on Bioware for creating a dynamic set of heroines who could beat someone’s ass without a set of tits that somehow defy physics. Don’t get me wrong, there is still a fair share of boobage in the game, but they show up in the bedroom after you put in the work of romancing a female character.

There are so many other issues “Dragon Age Inquisition” explores, which this article has only scratched the surface. Suffice it to say, this one game has converted me into a huge fan of Bioware products due to it being more than just a game, but a thought-provoking story that I felt like I took part in. The game was believable, and I felt immersed in this imaginary world that Bioware depicted, because they incorporated so many moral issues and decisions from my existing real-life world into this realm they created. I didn’t feel like I was playing a game, I felt like I was part of the story they were telling me. I just began my journey in “The Witcher III”, and already I can see that Bioware is pushing the envelope in not only creating amazing games that are fun to play, but also challenges their player-base to reflect upon the values of their own world they live in. For that, I am now a diehard fan. 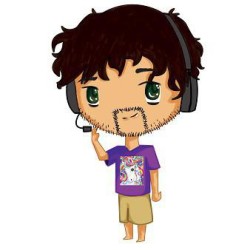