Now that we’re 2 weeks into the new year, everyone has said their “I do’s” and set resolutions to their new products, projects and entertainment for this 2015 and I, Goldfish, will be doing a walkthrough of some of my top 15 anticipations for the year so far… Let’s begin shall we?

Rockband Revivial?!
1. 2 YEARS FOLKS. IT’S BEEN 2 YEARS! Rockband has JUST released their new DLC which includes Arctic Monkeys, Avenged Sevenfold AND Foo Fighters. AWHA?! Does this mean a Rockband Revival after so long? Maybe Harmonix feels the need to appease and it’s never dying fanbase that STILL continues to play their games. Only time will tell… (Insert -squee- here)

2. To celebrate to the occasion, how about we party it up with our fellow nerds at MAGFEST and Rockage? If you have yet to hear about these amazing festivals, MAGfest is located in DC (for you East Coast kids) and Rockage takes place in San Jose,CA (for my homies on the best coast c;). Working together, their goal is to help spread the word of awesome by showcasing today’s best videogame, indie and nerd-based music as well as celebrating all things gaming from role-play to retro.

There is only one real sound…
3. Speaking of indie, Darealwordsound is Vacaville, California’s own nerdy rapper with a sound reminessant of MegaRan and it looks like he’ll be heading into the Northwest soon! In the past year he has put up a lot of content and has been doing many more shows. I cannot wait what else will he come out with this year in his steady rise to success within the nerd-music industry.

Rise of TV tech
4. If you took the time to check out CES you’ll know that technology is on an incline especially in the best of TV technology that the world has to offer. Although we have finally come out with 8K resolution, it seems that the standard that most companies are looking to commercialize is the new 4K smart TVs. I can only imagine that they will begin to be more affordable as the year progresses so not only will Netflix be more accessible to you, you will get the chance to see every single pore of every actor on your screen! I swear, tvs will be so hi-res that I won’t even need my glasses to see the tv anymore. Hm… What a thought…

4K EVERYTHING
5. Now that the world is jumping on this new 4K technology it is only natural that we build the equipment to suit it. This holiday I was really looking into a new Sony Camera but after seeing their new 4K hand-cam at CES I think I’d much rather take the time to save up for this puppy. Despite the fact that it’s a little over the thousand dollar mark, not only is it small and mobile, it takes great picture quality, can focus appropriately for shaky hands amongst other features that make this camera ideal. I would deem this being a decent investment considering how fast TV technology is jumping although I am excited to see what other companies can come up with now that we’ve got a new feature that can be added into the mix.

Interactive tech of the FUTURE~
6. With Google glasses, oculus technology and other projects in the making, it won’t be long until interactive technology will be like sitting inside the office of Tony Stark. Aside from Oculus, companies like Samsung and Razer are now creating their own forms of virtual reality as well as different accessories to go with it. Additionally, we now have people working on systems where you can actively play with virtual reality using in real life structures not only by yourself, but with others too!

I don’t always go to a comic con but when I do…
7. As much as I love to see the future before me, there really is nothing like the feeling of laying belly down on your bed reading your favorite comics. Some of my favorite cons that I like to go to to replenish my collection are BigWow Comicfest in San Jose, CA as well as Emerald City Comic Con here in Seattle, WA. Although both conventions are exponentially growing in popularity, both conventions have never failed in creating an amazing experience especially when meeting artists of interest. Back when I was at ECCC, I only waited about 5-10 mins to meet J. Scott Campbell. So worth the wait.

Marvel’s Silk
8. Talk about amazing finds… It looks like Marvel is bringing in a new spidey to the family tree and her name is Silk. Originally known as Cindy Moon, she apparently was bit by the same spider as Peter Parker but her path way to self-discovery ended up being a lot different. I think adding a new spidey to the series is a great idea and a breath of fresh air and I can’t wait to hear more.

Indie Interests
9. Of course, I could never go without mentioning some of my favorite indie titles. Companies like Scattered Comics and Melissa Paglucia’s Above the Clouds series are some the few I absolutely pine over and I’m always excited to see what they have in store for when I see them at a con again. If you see their booth you should totally take some time to look at their work!

Uh… What now, E3?
11. Back to the subject of 4K, I’m not necessarily interested in any specific gaming technology for this year’s E3 but more interested in how companies are going to react now that we have this new technology especially since consoles like the PS4 and the Xbox One don’t even support this high of a resolution. Maybe it was in the best interest for Steam to withhold their console.

Steaming for that Steam Machine
10. on the subject of Steam… Yes, I am absolutely excited to be able to play steam games on a console implying the Steam Machine will turn out how I imagined it being. With having access to Steam means cheaper games, a wider variety and frankly, I’m a huge enthusiast for supporting the indie scene so a console like this is my ideal entertainment. It’s just too bad that the release date has been a continuous back and forth but I completely understand that you can’t rush perfection.

Are you a Mythical Beast?
12. Every morning I take about 10-20 mins of my time to check out what kind of tom-foolery Rhett and Link are up to and I have yet to be let down. Everyday I can’t wait to see what they’re up to next and Good Mythical Morning has been one of the best web series/podcasts I’ve ever heard/seen in a while. I highly recommend this show on YouTube if you have not seen it already.

Ghost in the Shell and Scarlet Johansen?

13. Is it good? Is it bad? All I know is I love Ghost in the shell and Scarlet Johansen is a bombshell and a half.

RWBY… Who was that mysterious lady?
14. Don’t worry, my friends, no spoilers here but Rooster Teeth does it again with its finale of its second season of RWBY. I’ve never been a big fan of 3D animation mostly because it was very distracting. Not only did I see progression of interest in the story but the smoothness of the fight choreography as well. Some things I’m expecting in the new season: more detailing in the characters and background and finding out WHO THE HELL WAS THAT MYSTERIOUS LADY?!

Cosplayers I’m excited for
15. As a cosplayer, I naturally have my favorites that I enjoy not only for their amazing pictures but their progression as well. Lady Lomax and Lady Aurora (as far as I’m concerned they have no affiliation with eachother) are some cosplayers that I really look up to and I can only expect success in their endeavors.

Of course, there are so many more things to expect this year but there’s so little time! But expect to hear more about it from the Kuma Krew! You can find out more about some of our favorite things on our website or if you would like to follow me, check me out at facebook.com/mygoldfishbowl.

What did you think you guys? What are some of your anticipations for this year! Leave your comments below and remember… “Never be afraid to jump your fishbowl.” 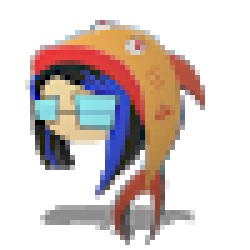